The Gallup organization recently released a survey in which Americans were asked to rank what they considered to be the "best long term investment." Real estate ranked number one, with 35% of those surveyed saying it was a better long term investment than stocks & mutual funds, gold, savings accounts or bonds. Here is the breakdown: 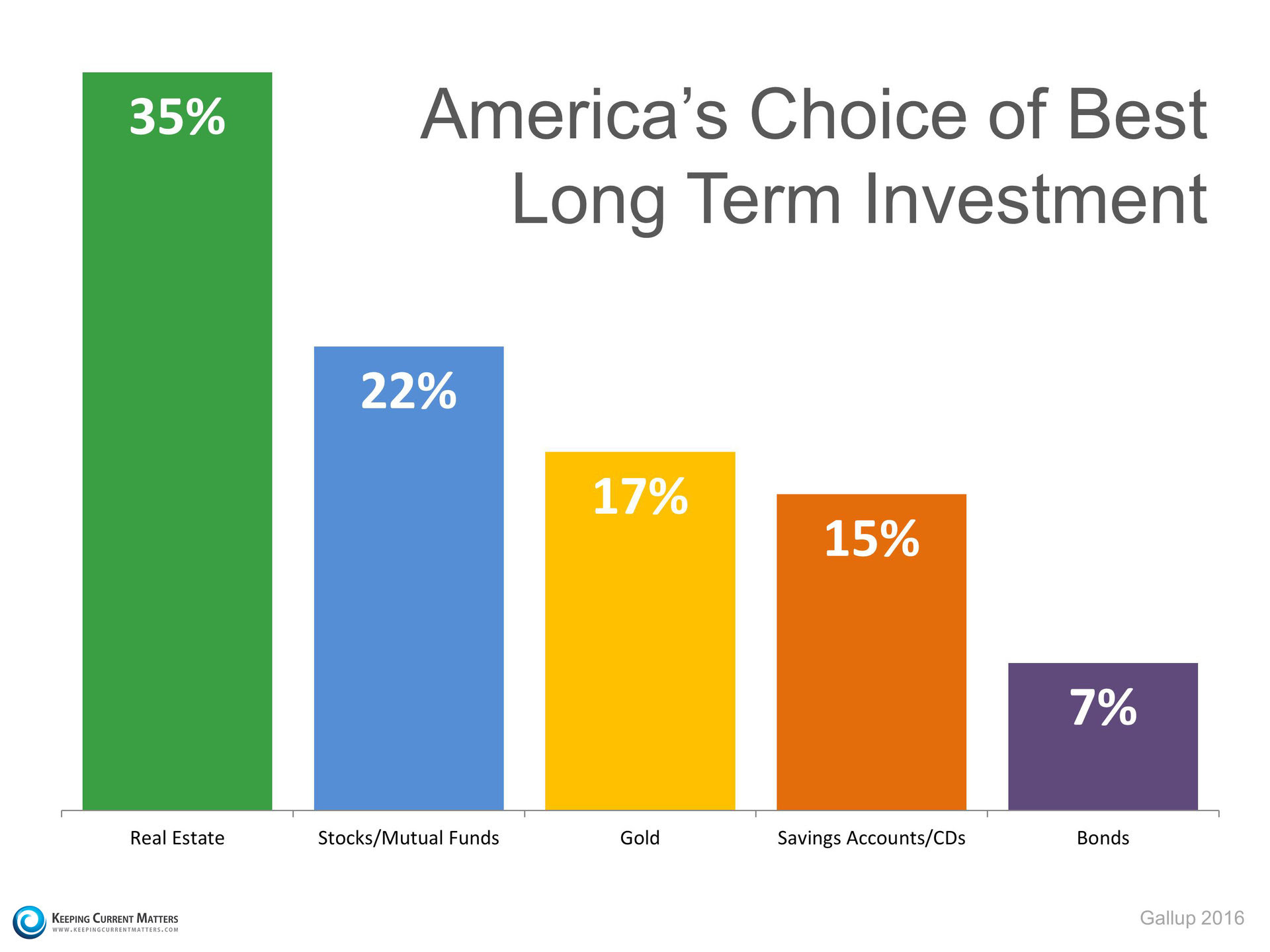 The survey revealed that real estate was the number one choice among each of the following groups: Even stock investors ranked real estate number one. According to the report:

"With housing prices showing a steadier path upward in recent months, even stock investors are about as likely...to choose real estate (37%) as stocks (32%) as the best long-term investment."

Search the full MLS and Exclusive Property Listings.
(Prices and inventory current as of February 20, 2020)

Have a house to sell?

Find Out How Much Your Home Is Worth (optional)